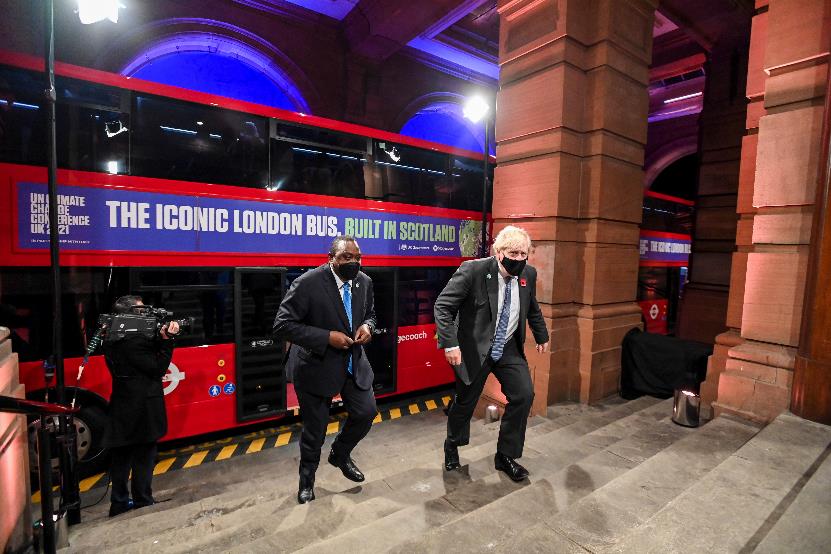 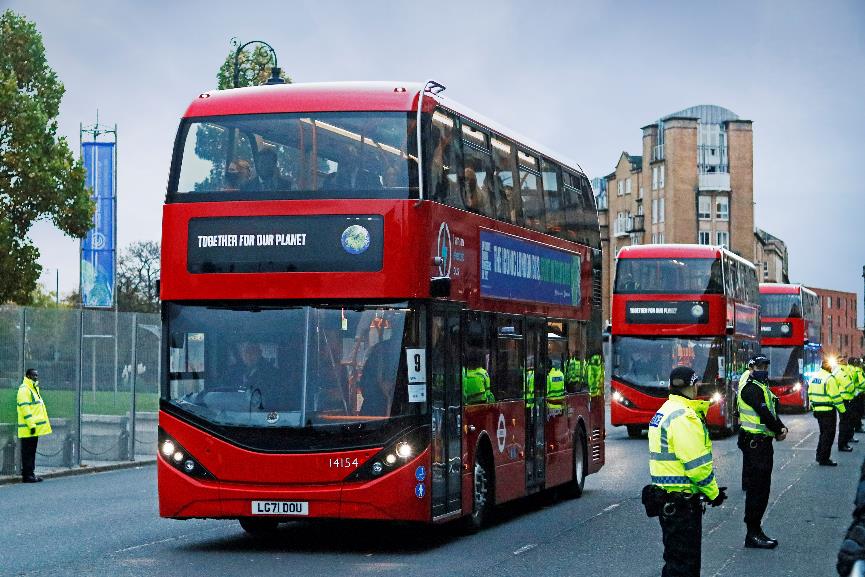 The British-built eBuses, produced within the electric bus partnership between BYD and Alexander Dennis Ltd (ADL), demonstrate how electrification is braced to transform public transportation on a global level. The successful BYD ADL partnership, which utilises pioneering BYD battery and integrated powertrain technology, has to date delivered or taken orders for over 1000 zero-emission buses in the UK.

As the world’s leading eBus manufacturer, BYD has delivered over 68,000 electric buses around the globe, and over 500 pure-electric, British-built buses to customers in the UK.

With 26 years of pioneering experience in battery research and development, production and application, BYD is the only automobile manufacturer to produce its own power train system, battery, motors and motor control system.

BYD ADL Enviro400EV electric buses were used for this privileged occasion to transfer dignitaries from around the world at COP26 following a collaboration between ADL and Stagecoach, the UK’s largest public transport operator. The double deck eBuses, built in Scotland as part of the BYD ADL partnership will be used for Stagecoach operations. They have been painted in Transport for London’s iconic red.

As the UK’s best-selling double deck electric bus, the BYD ADL Enviro400V is already in service in many public transport fleets nationwide. Its impressive driving range of 160 miles (257 km) and reputation for reliability makes it a viable choice for many bus operators. An Enviro400EV double deck electric bus is also being exhibited in the prestigious Blue Zone at COP26. This follows ADL’s invitation from the UK Government to showcase its latest innovations in sustainable transport to negotiators and global leaders attending the conference. It has been kindly loaned by another BYD ADL customer and bus operator, National Express, from its West Midlands fleet.

The eBus on show in the Blue Zone is the perfect example of sustainable, clean and practical transportation. Its design and pioneering technology combined, is expected to draw strong global interest at the event as more countries implement transition to electrification, in a practical move towards net zero emissions and reduced air pollution.

Paul Davies, ADL President & Managing Director, said: “We’re delighted that world leaders have had the opportunity to ride on our world-leading double deck buses. COP26 is focused on finding solutions to the climate emergency and we are proud to have been able to demonstrate a zero-emission solution that is available right now. Clean electric buses are key to reducing transport emissions around the globe and encouraging modal shift to sustainable transport modes. Zero-emission buses are available today and ready to be rolled out at scale.

“We are particularly delighted that Prime Minister Boris Johnson, as an avowed supporter of British-built zero-emission buses, was able to show world colleagues the level of innovation and expertise offered by Britain’s world-class bus manufacturing industry.” Isbrand Ho, Managing Director, BYD Europe B.V., said: “We are proud to see BYD ADL eBuses being experienced first-hand by esteemed world leaders and other influential delegates who can really make a difference in tackling climate change. BYD is committed to pioneering zero-emissions solutions for clean, reliable eco-friendly transportation. We are proud to collaborate with others who share our vision, as part of the global effort to support net zero targets.”

It is not only in the Blue Zone of the conference where the Enviro400EV bus makes an appearance. It has played a high-profile role in the ‘Road to Renewables’ electric bus tour which started in London and finished its 11 day 968 mile journey on 29th October in Glasgow, three days before COP26 opened its doors. The event was a collaboration between COP26 partner SSE, the Go-Ahead group and other partners including BYD ADL, and promoted innovative projects for decarbonisation, such as Bus2Grid. 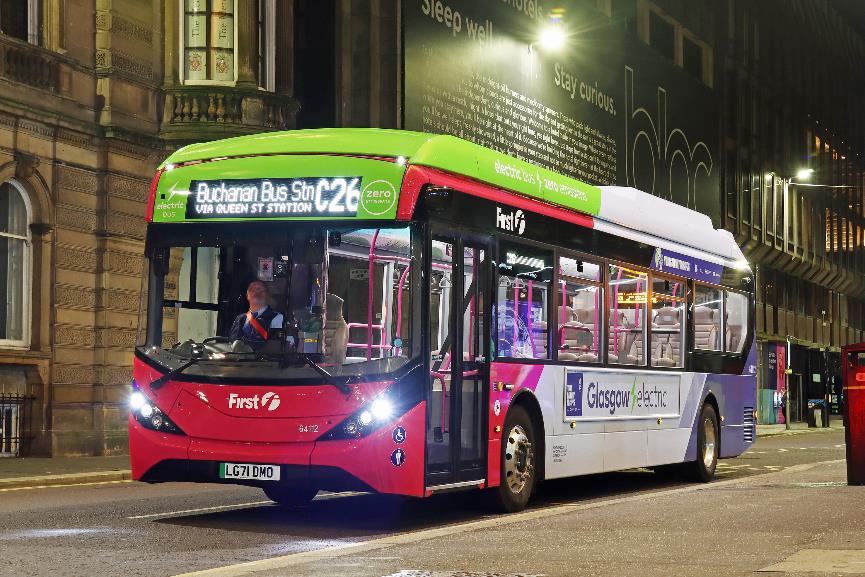 The eBus activity extends further at COP26. Additionally, BYD ADL eBuses are in operation by First Bus as part of the all-important shuttle service for delegates attending the Conference. A fleet of 22 Enviro200EV zero-emission buses, all built in Scotland, are being used for this purpose. 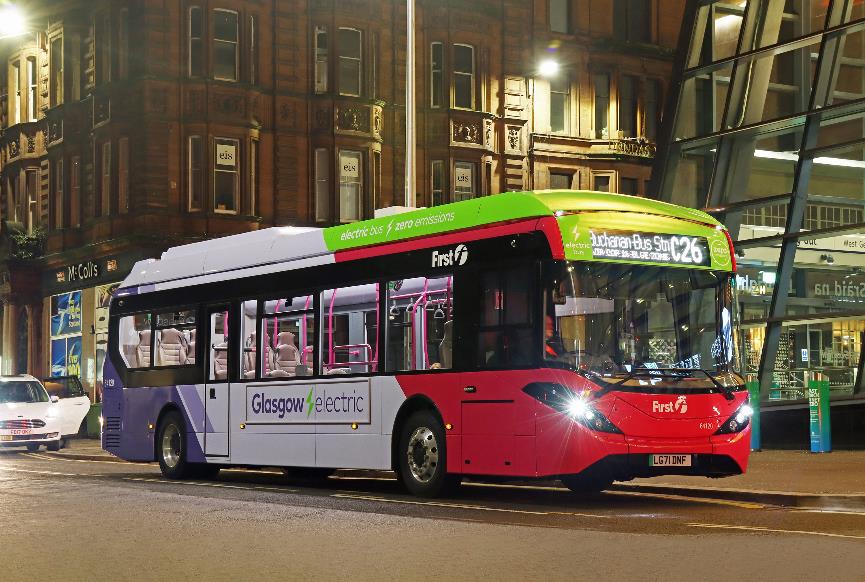 BYD (Build Your Dreams) is a multinational high-tech company devoted to leveraging technological innovations for a better life. BYD now has four industries including Auto, Electronics, New Energy, and Rail Transit. Since its foundation in 1995, the company quickly developed solid expertise in rechargeable batteries and became a relentless advocate of sustainable development, successfully expanding its renewable energy solutions globally with operations in over 50 countries and regions. Its creation of a Zero Emissions Energy Solution, comprising affordable solar power generation, reliable energy storage, and cutting-edge electrified transportation, has made it an industry leader in the energy and transportation sectors. BYD is a Warren Buffet-backed company and is listed both on the Hong Kong and Shenzhen Stock Exchanges. More information on the company can be found at http://www.byd.com.